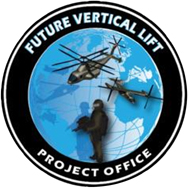 On 14 August 2009 Stavatti Aerospace submitted a response to the Future Vertical Lift Science & Technology Initiative, SOL # OF071320090930 Sources Sought/Request For Information. The ten-page response was submitted to the Under Secretary of Defense for Acquisition, Technology, and Logistics, Office of the Director, Defense Research and Engineering for the Department of Defense.

The Future Vertical Lift (FVL) solicitation was released for the purpose of improving government understanding of emerging technology capabilities and stakeholder strategic direction for future vertical lift aircraft and rotorcraft. The Stavatti response focused upon a discussion of next generation vectored thrust VTOL technologies. The response also provided an overview of the Stavatti SM-57 VTOL Nextgen Tactical Airlifter.

The SM-57 is a high performance, Low Observable, VTOL air mobility concept. An all-weather, day or night operations aircraft, the SM-57 will feature a unique configuration that combines three fuselage elements with a tandem wing of cranked W planform. Capable of delivering payloads up to 48,000 lbs, cargo will be contained within two wing-tip mounted pods offering a total volume of over 23,000 cu ft and 1,470 sq ft of useful floor. The SM-57 will carry up to 150 troops or 128 paratroops or 80 medical litters or 10 463L pallets or 2 AH-64D Apaches or 6 HMMWVs.

The SM-57 will be powered by three enhanced GEAE CF6 turbofans. To achieve VTOL, the powerplants are arranged in a three-poster configuration and equipped with articulated, variable geometry axisymmetric thrust vectoring nozzles. The SM-57 is a FVL concept which employs next generation Vectored Thrust Technologies to achieve VTOL capability. Although a next generation aircraft, the SM-57 will benefit from Military and Commercial Off-The-Shelf Technologies (MOTS & COTS) to result in an integrated FVL solution that is low risk yet high value. The SM-57 is envisioned for the 2025 time-frame.