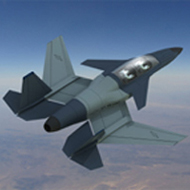 The APT FoS RFI-2nd Request was a “continuation of a market research effort being conducted by Aeronautical Systems Center (ASC) to collect information on high-performance, two-seat military jet trainer aircraft and ground-based training systems to include full-fidelity simulators, courseware and other virtual/computer based training applications…The United States Air Force is conducting market research to identify potential sources that possess the expertise, capabilities, and experience to meet the requirements of the future Advanced Pilot Training (APT) Family of Systems (FoS).

Due to the age of the T-38C, as well as the long lead time required for a major aircraft acquisition program, Air Education and Training Command (AETC) began the acquisition process for replacement of the T-38 training FoS in the fall of 2003. The T-38 training FoS is currently expected to be the Advanced Trainer for the Fighter/Bomber (F/B) APT track until at least 2017. The Air Force will conduct an Analysis of Alternatives to examine the most cost effective approach to replacing the T-38 training FoS. The current desired timeline is to field a replacement APT FoS with an Initial Operational Capability (IOC) in the 2017 timeframe. Initial Operational Capability (IOC) is defined as sufficient assets available to start the first class in training using exclusively the assets of this FoS. Planning IOC is Q4 FY2017. FOC is anticipated in 2024.”

Prior to responding to the RFI, at 1:00 PM on September 1st Stavatti Aerospace CEO Chris Beskar, President Jeff Lay and Director of Advanced Technology Stu Cart met with Mr. Dudley and ASC/XRSC representatives regarding the APT FoS requirement. The meeting included an overview of the APT FoS and T-X program by ASC/ARSC, as well as a briefing of the SM-47T and Stavatti Aerospace by the Stavatti team.

The Stavatti response proposed the SM-47T APT to succeed the T-38C Talon. The SM-47T is a new design, next generation supersonic Advanced Pilot Trainer developed by Stavatti as a privately sponsored, commercial venture to satisfy the global market for a T-38 Talon successor. The SM-47T is a variant of the SM-47 Super Machete and will be produced in two models: the single-seat SM-47S Air Defense Fighter and the two-seat tandem SM-47T. Currently under development and scheduled to enter Full Rate Production in 2016, the SM-47T will be powered by a single GEAE F414-GE-400 or F414 EPE afterburning turbofan. The design benefits from forward swept wings, all moving canard foreplanes, and all moving horizontal stabilizers. Of advanced alloy and composite construction, and featuring digital full-authority Fly-By-Wire, the SM-47T will be equipped with an advanced all-glass cockpit designed for HMDS interoperability. The SM-47T may feature the F/A-35 LAAD display to ensure JSF cockpit familiarity. The SM-47T will be a 5th generation solution for the APT FoS and DACT.

The present SM-47T development schedule concentrates upon engineering development through 2011 with prototype fabrication beginning in late 2011. The first SM-47 Prototype Air Vehicle (PAV) is expected to roll-out in 2012. With a total of six SM-47 PAVs scheduled for roll-out between 2013 and 2014, Stavatti anticipates receiving SM-47 production qualification in 2016, with specific stores qualification testing for the SM-47S variant occurring from 2015 through 2017.

With an LRIP target time-frame of 2016, the first 25 SM-47Ts could be delivered to the USAF as the T-X solution in 2017, followed by Full-Rate Production of the SM-47T beginning in 2017-2018 at 65 aircraft per year. Under this schedule, 350 SM-47T aircraft could be delivered and in-service by 2022. SM-47T per unit flyaway costs are projected at between $21 and $27 Million depending upon avionics, sensors and systems configuration.